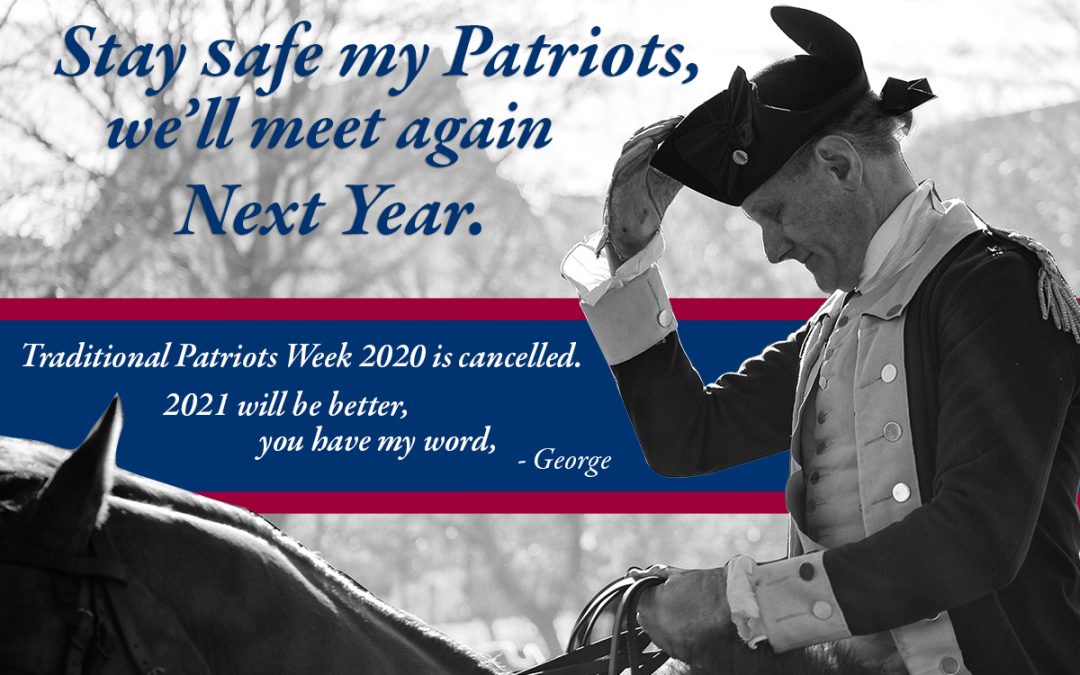 The Battle of Trenton reenactment cannot be safely performed during the coronavirus pandemic.

TRENTON, NJ, December 17, 2020 —With the continuing spikes in COVID-19, as well as
uncompromising restrictions, Trenton Downtown Association has announced that the
traditional events associated with Patriots Week, including the reenactment of the Battle of
Trenton, are postponed until 2021.

Patriots Week, which celebrates Trenton’s consequential role in the Revolutionary War with
more than 70 events, will return in 2021.

“Patriots Week attracts thousands of history buffs and tourists from across the region and
beyond to Trenton. It’s a wonderful, unifying, family-friendly celebration packed with all kinds of activities, from a Colonial Ball to a pub crawl, a musket demonstration to a puppet show,” says Tom Gilmour, executive director of Trenton Downtown Association (TDA), the nonprofit that promotes and coordinates Patriots Week each year.

“No matter how many times we tried to re-create the 70-plus events that normally take place
during Patriots Week, the major event of the week, the reenactment, cannot be safely
performed in today’s environment,” explains Gilmour.

“We are happy to announce that the time and unused funds from not operating the event in 2020 will be redeployed in planning for enhancing Patriots Week 2021. The vision of those planning efforts is to reposition the City of Trenton as a ‘must see’ destination during the United States’ semiquincentennial celebration of the war in 2025,” adds Gilmour.

Gilmour also noted that TDA will be posting information about any events still happening at
www.patriotsweek.com. Here are just a few of the virtual events now scheduled:

The Trouble with Trenton Virtual Puppet Show
Saturday, December 26, 12 to 1 p.m.
Children will be able to experience the magical storytelling of Washington’s crucial victory at
the Battle of Trenton, presented by Tuckers’ Tales Puppet Theatre.

Blacks at the Battle of Trenton
Saturday, December 26, 3 to 4 p.m.
Explore the roles of African Americans in the operation of The Old Barracks as a home for
soldiers and a military hospital.

Celebrating Hogmanay with Scottish Music
Saturday, December 26, 1 p.m.
The Trent House Association presents The Practitioners of Musick in a performance honoring the Scottish heritage of William Trent and featuring music that George Washington and his family enjoyed.