Whether you’re making a day of it, or the whole week, we’ve got you covered! In addition to Patriots Week events, there are so many other things to do and places to see in and around downtown Trenton. 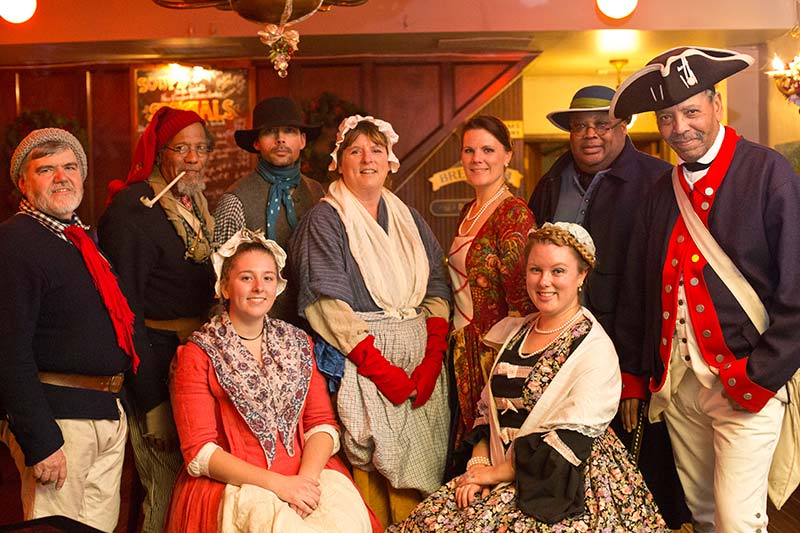 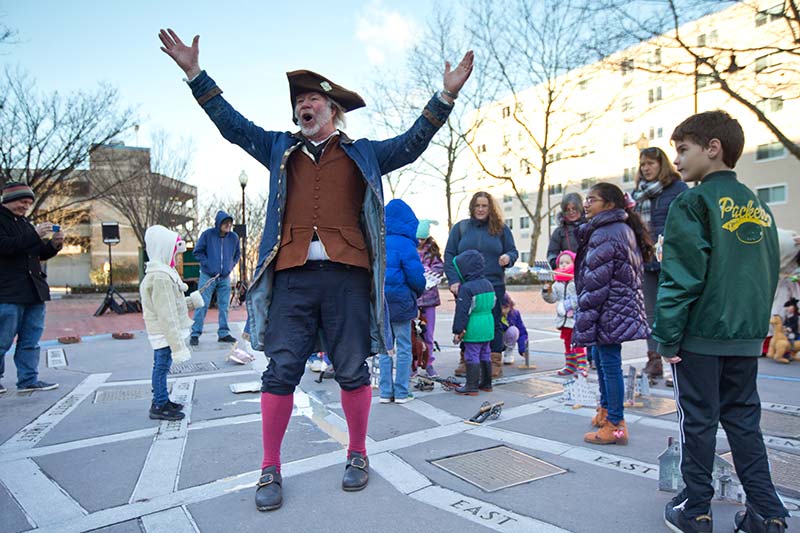 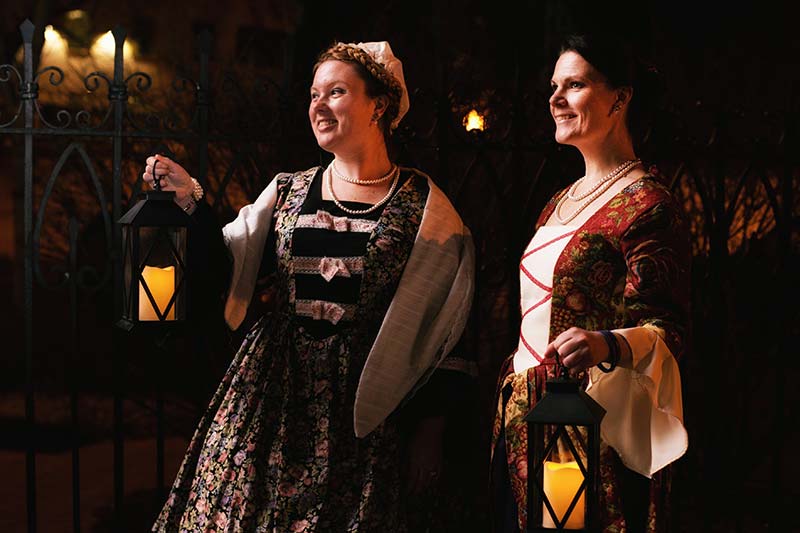 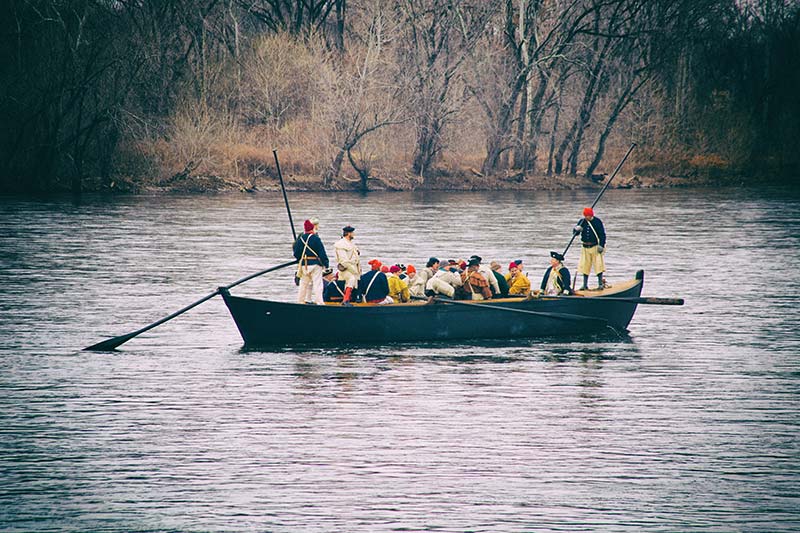 The Old Barracks Museum brings the world of Colonial America to life through interpretive programs, exhibits and preservation so that visitors can appreciate New Jersey’s history, the diverse people who made it and why it matters.

The Trent House is a Georgian-style Colonial house built in 1719 by Trenton’s namesake, William Trent. It is designated as a National Historic Landmark and is listed in both the State and National Registers of Historic Places.

The Trenton Battle Monument commemorates the American victory at the first Battle of Trenton, which occurred on December 26, 1776. It was here, at the intersection of North Broad Street, Warren Street and Brunswick, Pennington and Princeton Avenues, that the American artillery dominated the streets of Trenton and prevented the Hessian troops from organizing an effective counterattack.

Washington Crossing Historic Park preserves the site where George Washington crossed the Delaware River and turned the tide of the Revolutionary War. Every December, thousands of people (and several hundred reenactors in Continental military dress) gather here to stage and watch a reenactment of this historic event.

On the morning of January 3, 1777,  the American troops, under General George Washington, surprised and defeated a force of British Regulars. Tours of the park and reenactments of the Battle of Princeton commemorate one of the fiercest battles of the Revolutionary War.

The Friends Meeting House was occupied by British Dragoons in December 1776. It is where George Clymer, a Pennsylvania signer of the Declaration of Independence, is interred in the burial ground.

In 1747, the congregation of this church was split between Loyalists and Patriots, causing the suspension of religious services during the Revolutionary War. David Brearley, a New Jersey signer of the Constitution, who later became the state’s first federal judge, is buried in the churchyard.

Here you’ll find unmarked graves of Hessians who died in the First Battle of Trenton, including Colonel Johann Rall. Reverend John Rosbrugh, a casualty of the Second Battle of Trenton, and the first American clergyman to die in battle, is also buried here.

It was in this small structure, on January 2, 1777, that the Continental Army council of war made the decision to make an overnight march to Princeton to attack the British garrison. 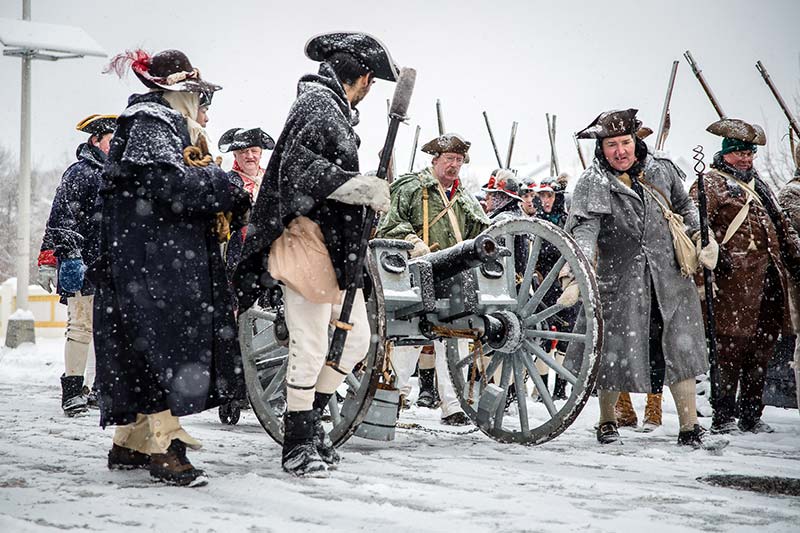 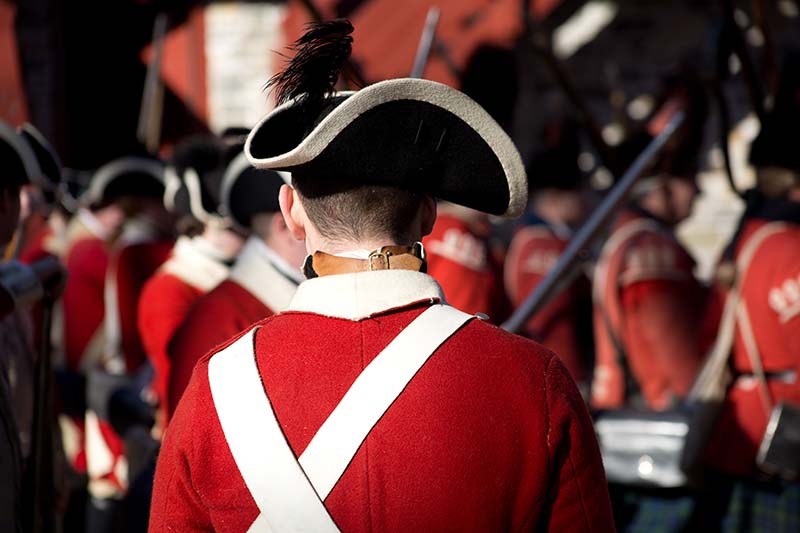 Tour the state’s most historic public building. General and school tours, as well as virtual presentations, are available. Visit the website or calll(609)847-3150 for more information and schedules.

Across from the State House at Veterans Park is a memorial that honors and pays tribute to the many sacrifices of our “Greatest Generation.”

Opened in 1932, the War Memorial is a national and historic site that was built as “a great community center” dedicated to the memory of Mercer County residents who died fighting World War I.

Located in Trenton’s historic Cadwalader Park, the Trenton City Museum at Ellarslie Mansion houses a fine collection of art and artifacts related to Trenton’s historical, industrial and cultural past and present.

The Trenton Free Public Library is the oldest library in New Jersey, founded in 1750 as the Trenton Library Company by Dr. Thomas Cadwalader. Benjamin Franklin is said to have purchased the library’s first 50 books. Originally a subscription library, it became incorporated as a free public library as it is known today in 1900 with Ferdinand W. Roebling serving as its first Board President.

Be sure to check hours or call ahead before visiting any restaurants.