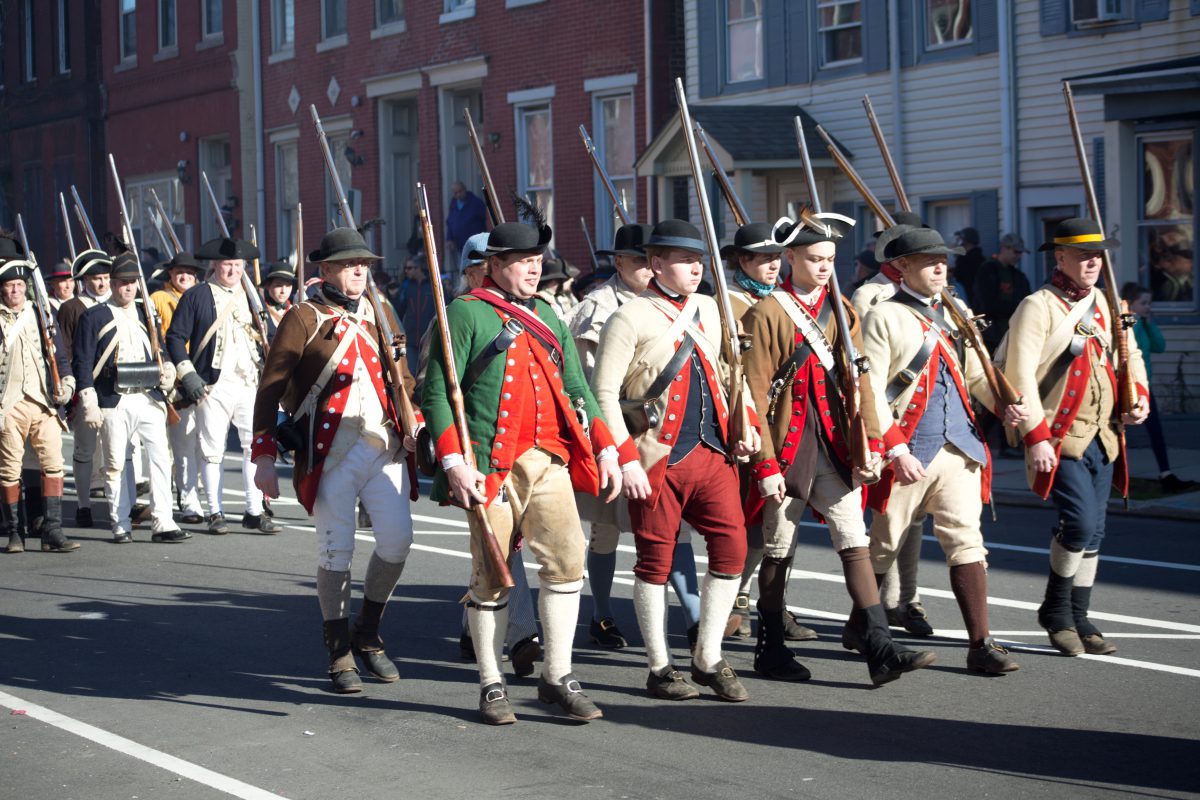 Experience the excitement of the Battle of Trenton live! Following the all-night crossing and nine-mile march from McKonkey’s Ferry with a sleet storm at their backs, Washington’s little army of 2,400 men and 18 cannons arrived in Trenton around 8:00am on the morning of December 26, 1776. Generals Washington and Greene surrounded the northern part of town while General Sullivan struck the town along what is now West State Street, cutting off escape to the south over the Assunpink Creek. After a running street fight lasting little more than an hour, there were over 90 casualties and the Hessian troops surrendered. The morning reenactment begins at the Old Barracks Museum when the troops march off at 10:45am to the Battle of Trenton Monument at the intersection of Warren and Broad Streets. The reenactment begins at 11:00am at the Battle Monument and moves down Warren Street toward Mill Hill Park. Actual Reenactment is Free.

Head back to the Old Barracks Museum for programming and a musket demonstration ($5 admission applies).